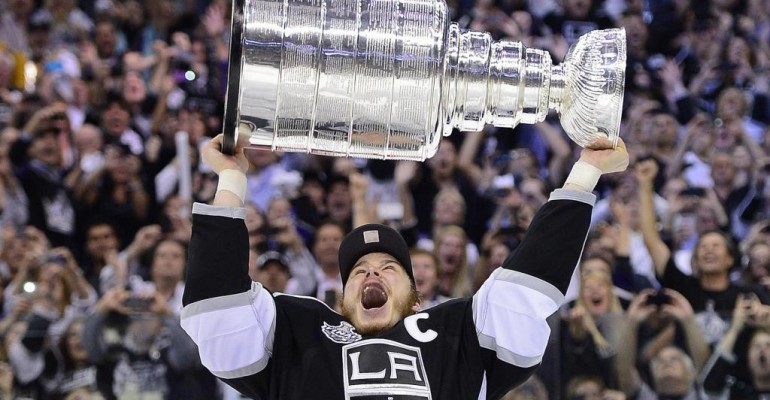 The Los Angeles Kings won the Stanley Cup 2012 beating Devils. Awarded annually to the National Hockey League playoff winner, the Stanley Cup pretty much closes the ice hockey season. The Stanley Cup is also known as The Holy Grail among other names.

Traditions are abounds with the Cup. The winning team drinks champagne out of the Cup. Unlike other cups where the winning team keeps the trophy, the Stanley Cup is kept by the winner until a new winner is crowned and the winning team players names, managers and others names are engraved on the Cup.

The original cup named Dominium Challenge Hockey Cup donated in 1892 by the then Governor General of Canada, Lord Stanley of Preston and for the first time awarded in 1893 to Montreal HC. According to an agreement between two hockey organizations, NHA and PCHA, the Cup was awarded to the winner in 1915. The NHL took over the Cup in 1947 after an agreement with the trustees.